Strictly one per customer. 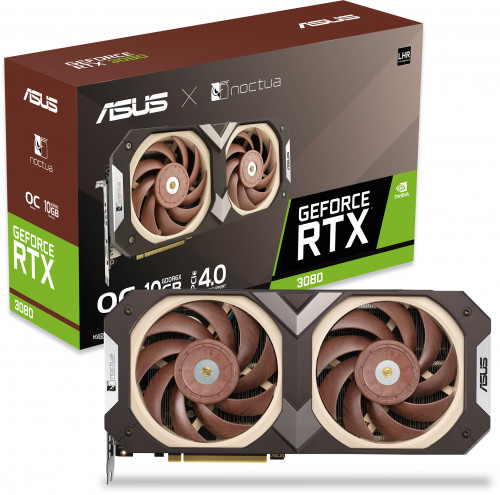 ASUS and Noctua engineers teamed up to pair two iconic NF-A12x25 PWM fans with a tailor-made thermal solution that rides on a custom PCB. This potent pairing allows the ASUS GeForce RTX 3080 Noctua Edition to produce less noise than any air-cooled graphics card in its class. If you’re a Noctua afficionado, gamer, or content creator looking for the right balance of performance and acoustics, this is it.

From shroud to heatsink, every aspect of the cooler is optimised to set new standards for thermals and acoustics. 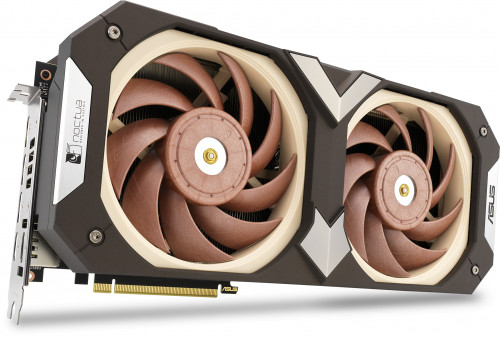 The GeForce RTX 3080 Noctua Edition features a semi-passive fan control setup (ASUS 0dB technology) that can switch the fans off completely whenever the GPU temperature goes below 50°C. This means that in typical configurations with low to moderate ambient temperatures and well-ventilated cases, the card can run entirely fanless at lower GPU loads such as during office productivity tasks, web browsing, or even light gaming. Even at high GPU loads such as during gaming or benchmarking, the fan speeds will stay extremely low as long as the ambient temperature inside the case isn’t excessive.

For enthusiast users who want to take things one step further, the included ASUS GPU Tweak II software as well as the upcoming, beta-version GPU Tweak III provide extra possibilities such as setting custom fan curves or undervolting. Reducing the thermal output of the card, undervolting can make it possible to let the card run even quieter. For example, reducing the GPU voltage by around 100mV can drop the GPU temperatures by several degrees and thereby widen the thermal margin to slow the fans down even further. 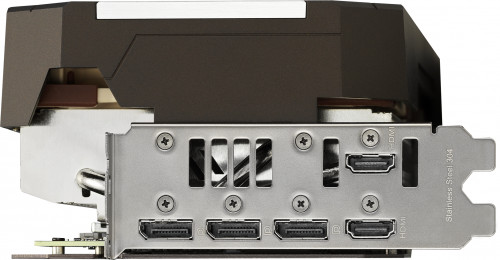 Re Upgrade of Existing Nofen Quiet PC with Win 10 64bit

Thank you Andy (in Technical) for being so helpful. It is rare to find this level of post-purchase support in IT Sales; so often there is absolutely no after sales support. Long may Quiet PC continue to provide this unprecedented service. Nigel
(Review via Trustpilot)