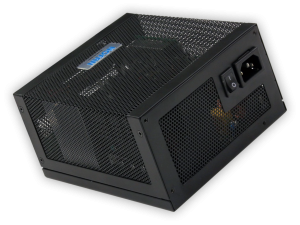 Power is the lifeblood of any PC and it pays to make sure it’s as clean and reliable as possible. Our high-quality range of power supply units offer a great combination of performance and value.

It is highly recommended for a modern PC system to incorporate a high-quality PSU capable of coping with the power demands of the most up to date components. However, a powerful PSU does not necessarily need to be noisy! Quiet PC’s range of near-silent power supply units all have quiet features to ensure a virtually silent.

With any significant upgrade of your PC you should consider whether your new components need a more powerful and quiet PSU. Our range of virtually silent PSUs are able to handle the most demanding power requirements. Smooth, clean outputs, excellent regulation, effortless power delivery, rock-solid reliability day in, these are all features which make these quiet PC power supplies the number one choice for the discerning customer.

Why do you need a high quality PSU?

Compromising on your PSU can mean compromising on system stability. Poor voltage regulation and filtering from your PC power supply can cause component stress and cause your system to crash randomly. This can cause the loss of important data and ultimately decrease the lifespan and reliability of your PC. All of our quiet PSUs are standard 100% ATX compatible units. They are AMD approved and conform fully to Intel’s ATX specification.

How can PSUs contribute to PC noise?

As the PC Power Supply Unit converts power from AC to low-voltage DC, some electricity is unavoidably converted to heat. To prevent the PSU getting too hot this heat is removed by a built in fan (or two). Fans can be a major cause of PC noise due to airflow and fan bearings. The virtually silent PSUs we have selected all address this by using innovative technology to optimise efficiency and reduce fan noise. For example our power supplies have a built-in temperature controlled fan. The fan’s RPM will increase depending on the internal temperature of the PSU. Other power supplies go one step further and turn the fan off completely. It only rotates when the internal temperature of the PSU reaches a certain point. From a noise point of view this gives you quietness you would expect but also the peace of mind that the fan will start if things get a little hot.

Our quiet power supply units are fully ATX compliant, which means that they will work in any standard ATX PC. You may or may not realise that PCs manufactured by Dell or HP may use a power supply which often looks to be industry-standard, but in fact employs different wiring which makes replacement of the power supply with an ATX model impossible. Sometimes the physical size of the PSU is different too. This approach ensures that when you need to replace or upgrade Dell or HP components, the only place you can buy them from is the manufacturer! With this in mind, Dell or HP owners please check that our PSUs are compatible with your system before you buy. However, we do know that Dell 8250, 8300 and 4600 models use standard ATX power supplies so you can use any of our power supplies in these machines.

5 STARS ARE NOT ENOUGH

This company always goes the extra mile to make sure you purchase the correct product for your system. customer care is superb,would highly recomend for cooling and quiet products
(Review via Trustpilot)