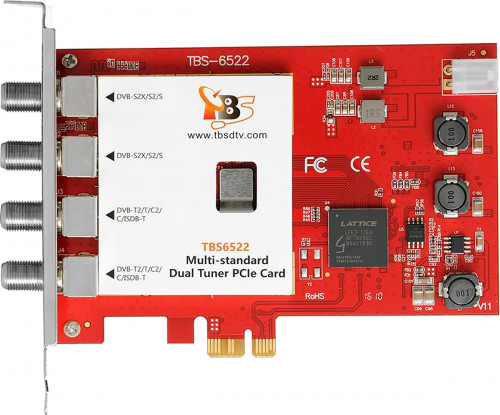 The TBS6522 is a Dual PCI express TV tuner card that supports multiple digital TV standards including DVB-S2X/S2/S/T2/T/C2/C/ISDB-T, four RF IN is independent with each other, with this multi-standard TV tuner card, a switchover between different digital TV signals is much easier, you just need to plug another signal cable instead of taking out the card from your server. With two tuners, the TBS6522 enables you to watch TV channel from one transponder/satellite while recording another channel from another transponder/ satellite at the same time.